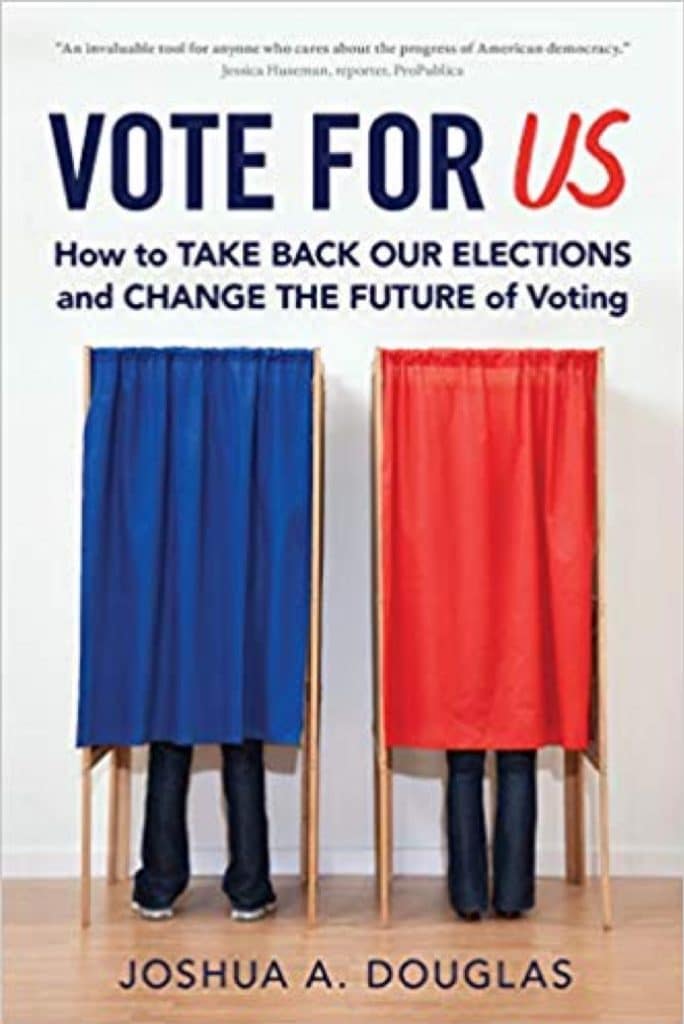 Vote for US: How to Take Back Our Elections and Change the Future of Voting, byJoshua Douglas, a University of Kentucky College of Law professor and expert in election law, is a well-researched account of how ordinary citizens are stepping up to make voters’ voices heard.  In example after example, Professor Douglas tells the compelling stories of the individuals leading grassroots reform efforts to make our electoral system more accessible, reliable and effective.  As Douglas affirms, “positive voting rights enhancements at the state and local levels can fundamentally change American elections.”

Local reform initiatives serve as an important counter-balance to the steady stream of accounts in the media of political parties passing measures to protect incumbents through gerrymandering, or making voting access more difficult.  Douglas argues that “[w]e can fix our election system. However, it won’t happen solely by legislative protests and filing lawsuits, by merely playing defense against voter suppression.  The power of grassroots movements to improve our electoral system will change the reality of voting rights in America.”

Vote for US includes stories of citizen reformers that have also been highlighted by Democracy4Change.org,such as Katie Fahey’ssuccess in fighting gerrymandering in Michigan and the importance of promoting “action civics” in our schools.

Just published in April of this year, “Vote for US” is a very timely contribution, surely adding momentum to the growing democratic reform movement by encouraging others to become active and support reform initiatives in their communities.  To assist those who do decide to take action, an appendix includes an extensive compendium of organizations working on voting rights, election reform, and civic engagement at the local, state, and national levels.