Gridlock in Congress, the highly polarized nature of today’s political dialogue, and the power of money and special interests are among the more prominent reasons that millennials have tuned out to politics. If democracy in America is to survive and thrive over the longer haul, more emphasis needs to be paid to teaching young people civics in a more dynamic way. Unlike the emphasis on the STEM (Science, technology, English and math) subjects, civics is taught more by rote and lacks relevance to students’ lives. That is beginning to change, however, as organizations like Generation Citizen and the Mikva Challenge are introducing “Action Civics” to classrooms across the country. Action Civics is an educational model that trains students to assume roles as citizens by allowing them a chance to participate in authentic democratic activities – from elections to advocacy, from public debates to engaging politically in their communities.

The Center for Information and Research on Civic Learning & Engagement (CIRCLE) found that only a quarter of young people reach “proficient” on the NAEP Civics Assessment, and white, wealthy students are four to six times as likely as Hispanic or Black students from low-income households to exceed that level. Where civic education does still exist, it most often deals solely with rote historical and governmental knowledge. It lacks the local focus that could enliven students’ appreciation of the relevancy of civics in their lives, or interactive components, foundational to Action Civics, that foster the skills, critical thinking, and foundational experiences that lead to lifelong civic participation. Taught the same way it was decades ago, most civics curricula have not been updated for the 21st century. Engaging pedagogy that combines civic content and civic practice is far from the norm, a reality underscored by the fact that only ten states actually require teachers of civics or government to be certified in the subject.1/

In action civics, by contrast, students are not taught about civics, but rather, they are taught to “do civics and behave as citizens”. Generation Citizen and the Mikva Challenge engage students in a multi-step process to identify key issues in their own communities, conduct research, strategize, and take action, all while teaching the necessary political and civic knowledge to be effective.2/

1/ CIRCLE. (2013). All Together Now: Collaboration and Innovation for Youth Engagement: The Report of the Commission on Youth Voting and Civic Knowledge. Medford, MA: Center for Information and Research on Civic Learning and Engagement.

2/ CIRCLE Working Paper #78, “Building an Evidence-Based Practice of Action Civics: The Current State of Assessments and Recommendations for the Future” by Jessica Gingold, Harvard Graduate School of Education 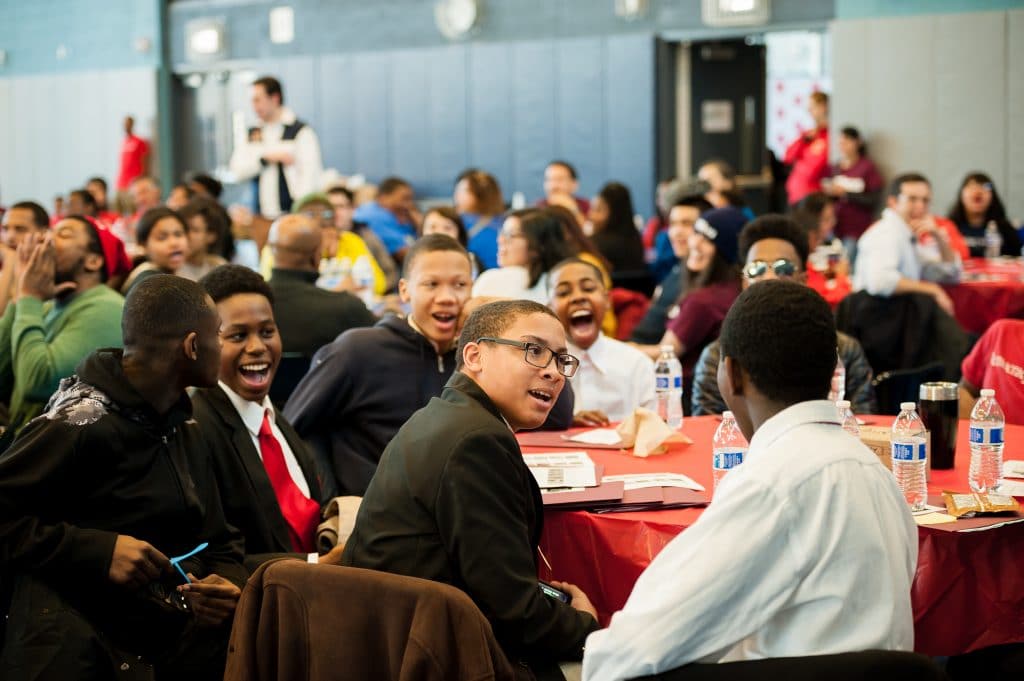 Learn about the stories of “student changemakers” who have benefitted from the action civics classroom:

Del Sesto Middle School 7th grader Anyla’s confidence and maturity made her a strong role model for her fellow students as they worked to address gang violence. “…with Generation Citizen, I’m not just a leader in the classroom, I’m learning to be a leader in my community.” Read more.

A Democracy Coach at Tufts University, Tess got her start in a Generation Citizen classroom as a high school student in 2012. “Being a Democracy Coach … teaches students what an education is for: making a difference. Of course I want to be a part of that.” Read more.

“Mikva Challenge taught me that issues such as gun violence and school funding inequality are not Chicago issues or urban issues but challenges that we all collectively must tackle. Before issues like gun violence became a national conversation, Mikva had already awoken my consciousness and those of thousands of other Chicago students.” Read more.

“I would not be the person I am today had I not been a part of Mikva Challenge…As a young, female person of color, Mikva gave me the push and enthusiasm I needed to understand that I had a voice and the power to create change by being involved in my neighborhood and in local campaigns. Read more.

GC began in 2008, when eight Brown students began teaching action civics in four Providence school classrooms, helping secondary school students realize the power of their voices to make a difference in their communities. By 2015, over 30,000 students have learned to drive change through action civics. Generation Citizen has grown to run its action civics programming in four sites across the country, is currently expanding to Central Texas and Oklahoma City, and has partnered with organizations both nationally and internationally on related projects

a non-partisan, not for profit founded in Chicago in 1998, with the idea of opening up democratic spaces for youth living in under resourced neighborhoods and politically “insignificant” communities. Today Mikva Challenge serves over 15,000 youth every year with offices in Chicago, Southern California and Washington D.C., and partnerships with many school districts across the nation.