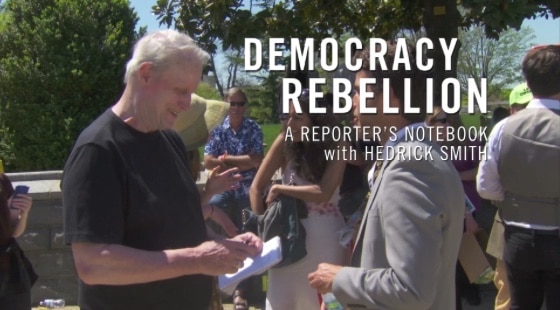 Hedrick Smith’s documentary “Democracy Rebellion: Videos of People Power in Action” will be rebroadcast on WETA World Channel July 15 at 7pm, July 16 8 am, July 18 9 am; and July 21 11 am. It can also be streamed or you can catch it on youtube with this link.
This film is the missing story of American politics. Not Washington, but grassroots America. Not stale gridlock, but fresh reforms. Not partisan combat, but hands across party lines. Not negative ads and mega-donors, but positive change and citizen activists pressing for gerrymandering reform and voting rights for former felons, exposing dark money, and winning surprising victories to make our elections fairer, more transparent, and more inclusive.
You’ll join Hedrick on-location in half a dozen states across the country, covering citizen movements and capturing the compelling stories of local heroes leading cross-partisan campaigns to revive our democracy, winning voter protections and gerrymander reform, exposing dark money, and passing anti-corruption ballot initiatives to make our elections cleaner, fairer, and more open to all. What’s so encouraging and important is their powerful message: Citizen power still has clout in today’s America. 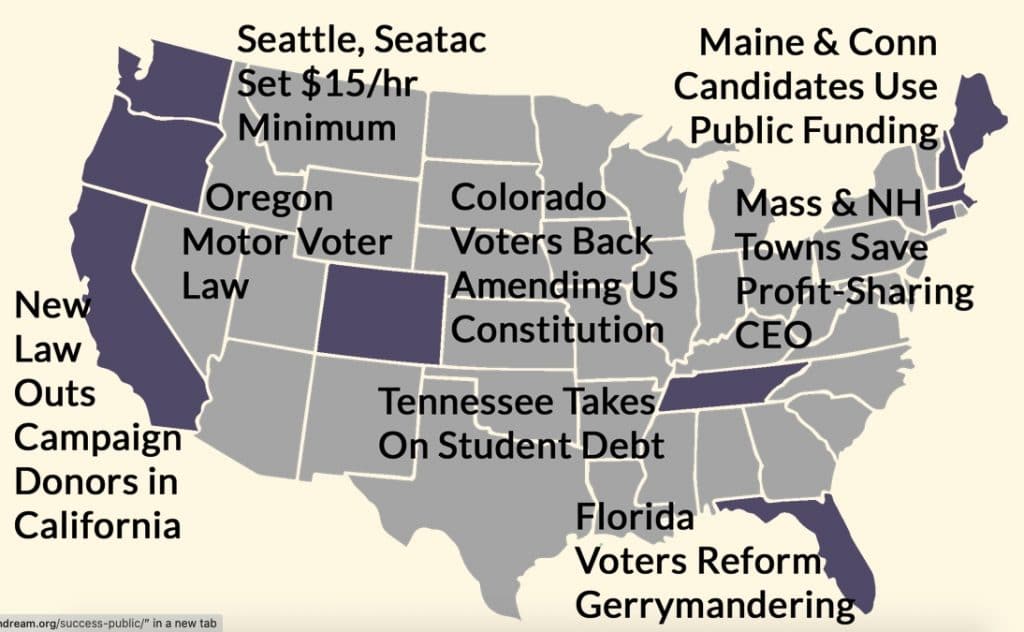 Hedrick Smith is a Pulitzer Prize-winning former New York Times reporter and Emmy award-winning documentary producer for PBS and PBS FRONTLINE. Over five decades as a reporter, editor, producer and author, Smith has established himself as one of America’s premier journalists.

In 26 years with The New York Times, Smith served in Saigon, Cairo, Paris, the American South and as bureau chief in Moscow and Washington. In 1971, he was a member of the Pulitzer Prize-winning team for the Pentagon Papers series and in 1974, he won the Pulitzer Prize for international reporting from Russia and Eastern Europe. From 1988 through 2009, Smith reported and produced more than 50 hours of long-form documentaries and mini-series for PBS and PBS FRONTLINE. One distinctive feature of his television productions is his focus not just on examining systemic problems in modern America but on seeking solutions.