Despite the steady expansion of voting rights throughout the course of US history, groups of eligible voters have frequently faced oppressive laws and intimidation designed to keep them from voting. Today, active voter suppression, gerrymandering, and other systemic features of our electoral system are currently undermining the right to vote and to have that vote count in a meaningful way. When voters believe that their vote doesn’t mean anything, they will often stop voting. Much of the activity has occurred at the state level and in the courts, which have issued several recent rulings regarding voting rights, gerrymandering, and laws involving voter IDs and other suppressive election rules.

Read the full  problem brief on voting rights in The American Leader. 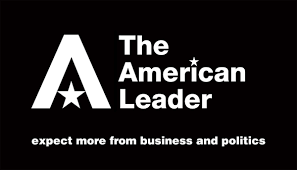 The American Leader, a nonprofit, progress-oriented news and knowledge center, is committed to giving the public an unrelenting view of the systemic problems that affect our lives and the progress being made to resolve them.

Rather than report on breaking news, The American Leader gathers the best available datapoints and connects them so that the reader can stay focused on the problems that matter most.  Learn more here.