He credits his High School teacher and the civics class at Mikva Challenge for changing his life. 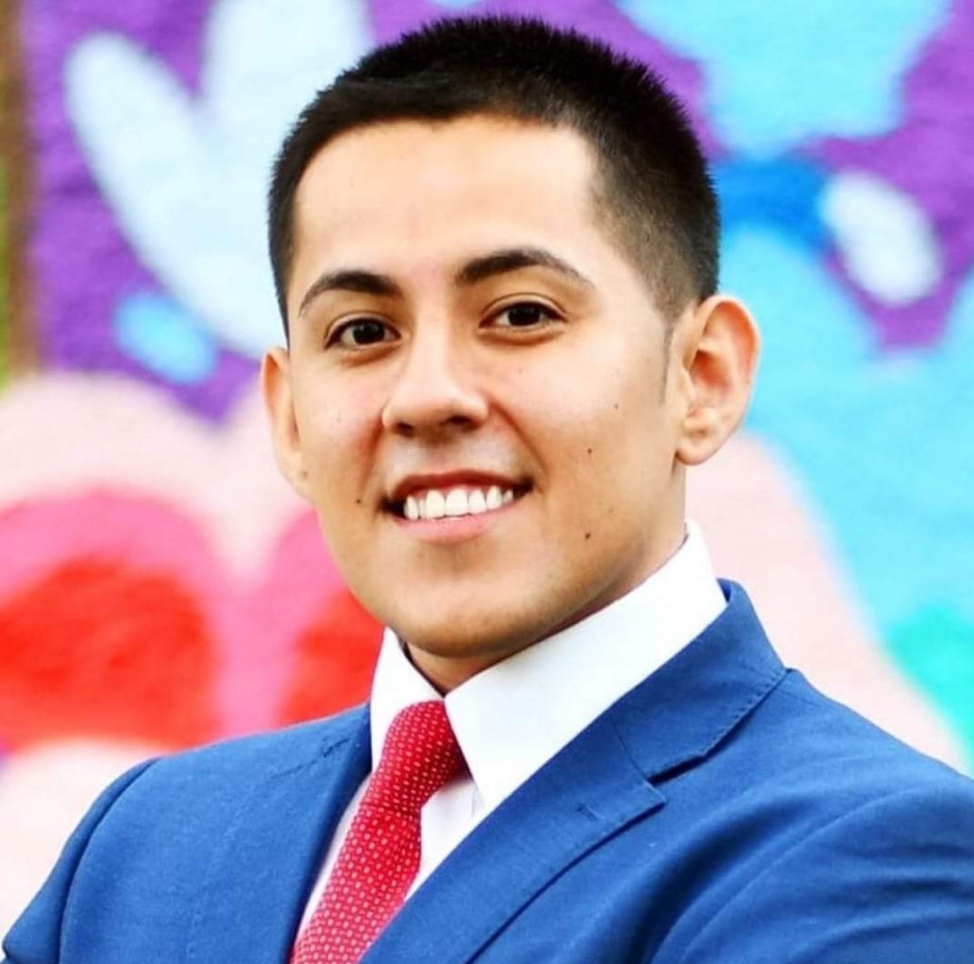 Rosy, a single mother and Mexican immigrant, settled in the Back of the Yards section of Chicago’s southside.  She worked long hours to provide for her children.  Her son, Berto Aguayo, turned to a local gang for acceptance when he was only thirteen.

Berto’s story doesn’t follow the usual pattern one would expect from such a beginning.  After a brutal beating, Berto severed ties with his gang.  He credits his high school teacher introducing him to the Mikva Challenge’s “action civics” program, which placed him in a northside Alderman’s office, as sparking his interest in public service and deciding to get off the streets and leave the gang life.

In the Fall of 2016, the shooting death of a 16-year old girl in Back of the Yards sparked the community’s youth to organize a camp-out to create a safe space in their neighborhood.  At that time, Berto was a community organizer with the Resurrection Project, a nonprofit which trains young people ages 14 to 24 in civic action and leadership.  His involvement with the Back of the Yards’ camp-out led to other all-night events on the southside and evolved into a youth-led movement (#Increase the Peace) which he co-founded to create safe spaces in their communities and a culture of non-violence.

The camp-outs often begin with a peace march through the neighborhood, followed by speakers and opportunities to learn about community services like affordable housing.  As it got dark, people started to play basketball, dance, and gather around a fire pit to talk.  As the movement gathered more supporters, other activities were incorporated – coordinating with community leaders, canvassing citizens, voter registration, and literally cleaning up the streets.  Berto’s story and #Increase the Peace were featured in both local media and national publications like Fast Company.

It’s not uncommon to see peace marches in Chicago’s neighborhoods torn apart by crime and violence.  #Increase the Peace is different because it is youth-led.  Through the initiative, Berto trained more than three hundred young leaders in community organizing, who in turn mobilized thousands of youth in Chicago to combat the issue of gang violence.  The initiative has now expanded to include Brighton Park, Chicago Lawn, Englewood, Gage Park, Little Village, and Pilsen.

Berto is the first in his family to attend college, graduating with high honors from Dominican University with dual bachelor’s degrees in Political Science and Economics.  In 2017, Berto reopened the St. Michael community center as a safe haven for youth in the neighborhood.  In 2018, Berto became a national leadership trainer with the Obama Foundation and he is currently a member of the Back of the Yards College Prep Local School Council as a Community Representative. Most recently, Berto ran an independent campaign for Alderman of the 15th Ward. Although he was outraised eleven to one, he came just 277 votes short of a runoff.

Berto is also the recipient of the United States Hispanic Leadership Institute (USHLI’s) young Hispanic Leader Award, he is a scholar of the Aspen Institute’s Latinos and Society Program, and he is also a Civic Seminary Fellow at Citizen University in Seattle.

Berto’s story underscores the value of “action civics” programs like Mikva Challenge, working collaboratively with the Chicago Public School (CPS) system, and with the support of philanthropies like the McCormick, MacArthur and Joyce foundations.

The educational model that Mikva Challenge has promoted in Chicago’s public schools for two decades believes young people can best be trained for their roles as citizens and leaders by actually allowing them a chance to participate in authentic democratic activities – from elections to advocacy, from public debates to the creation of new civic media.

The results have been impressive.  Not only have youth voter turnout rates improved, Mikva Challenge reports that 2,000 youth serve as judges at polling sites every election and youth councils have formed across the city’s high schools.  These youth councils help inform CPS policies on a wide range of student issues, from health and school lunches to juvenile justice and housing authority concerns.

Motivated teachers are critical to empowering youth and providing them with the skills to speak out and actively engage on community issues that most affect their lives.  Chicago’s teachers have been supported along the way through professional development, new curricula, and extra-curricular activities offered by external intermediary organizations like Mikva Challenge, the McCormick, MacArthur and Joyce foundations, and the CPS Service Learning program.

Just as Berto credits the turnaround in his life to a high school teacher and the Mikva Challenge program, youth across the nation deserve the opportunity to find their voice through “action civics” experiential learning programs, which are discussed in more detail here.